A Tribe Called Quest is one of hip-hop’s most legendary, beloved and revered groups of all time and for good reason. Easily recognized for their unique approach to rap music by employing jazz infused soundscapes to Afro-centric rhymes, A Tribe Called Quest was largely responsible for the popularity of a new genre that dominated the East Coast sound of the early 1990s. ATCQ composed a number of successful singles and albums with their creative approach to rap music. In 1990, the group released Peoples Instinctive Travels and the Paths of Rhythm, scoring several memorable songs including “Bonita Applebum“, “Can I Kick It” and “I Left my Wallet in El Segundo” (adapted from the Hip-Hop Smithsonian).

Drove down the road for two days and a half.
The sun had just risen on a dusty path.
Just then a figure had caught my eye.
A man with a sombrero who was 4 feet high

Use the past perfect in order to talk about the ‘earlier past’ and to describe something that happened before an event in the past.

Subject + had + past participle.

Subject + had + not + past participle.

Had + subject + past participle?

We can use the past perfect in conditional sentences with if. This grammar is called the third conditional, and it is used to describe unreal or hypothetical situations in the past.

We also use the past perfect, not the simple past, to say how long something had continued up to a past moment.

In this song, Q-Tip tells a story about losing his wallet in a small town called El Segundo, which is located in southern California. Review these words and expressions to help comprehend the story.

To learn more about A Tribe Called Quest, read the biography from the Hip-Hop Smithsonian, an official partner of ESLhiphop.com! 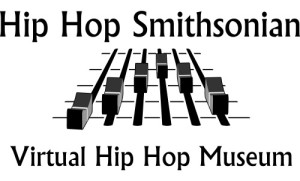 Have you ever left behind and forgotten something important? How long had it been until you noticed it was missing? Did you eventually find and recover it? Please write your share your stories with us below!